"Digging Up Dick" a musical

Are you are familiar with songs like Feeling Good or Goldfinger? Do you love the songs from the Gene Wilder film version of “Willy Wonka and the Chocolate Factory”, including the iconic “Pure Imagination”? Then you have heard the timeless music of Anthony Newley.

Wedmore Arts Festival is proud to present the Preview – never before seen and slightly saucy – showcase, of Newley’s “Digging Up Dick”, based on Shakespeare’s play, Richard III.

This preview, a new adaptation, includes songs from the show, performed on stage for the very first time by the Hurly Burly Theatre Company.

Simultaneously comic and tragic, this entertaining show promises to be a once in a lifetime event! 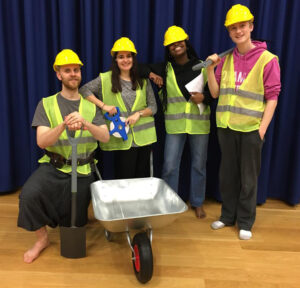