"The Game of Life"

On his way round the country, taking in London, Colchester, East Grinstead, Andover and even Salford Quays, Big Daddy Graham quite naturally takes in Wedmore. (Well he would, wouldn’t he?) On his own admission there will be a ‘bit about breastfeeding’ on the show – but further than that he is not prepared to go. (Except perhaps to Goring on Thames).  Suffice it to say that it’s been a ‘big year’ for Ivo and he’s confident that if you come to see him in Wedmore there’s a ‘solid 80% chance you won’t regret it.’

His performance has been described ‘as silky as a David Gower cover drive’ and he has appeared on Live at The Apollo, Mock the Week, 8 out of 10 Cats Does Countdown, Richard Osman’s House of Games, Roast Battle, Hypothetical, The Now Show, – and now, funnily enough, Wedmore Village Hall!

‘His strongest show …A very fine hour of stand-up…’ Guardian ★★★★ 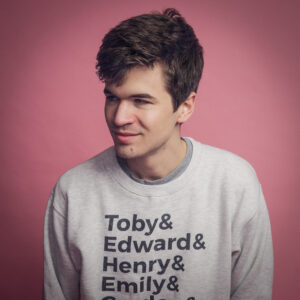 Event sponsored by Burns the Bread